Your Total Guide To lifestyle

Cardiff is a city full of history, and with history comes mystery! Explore our top 5 spooky destinations in Cardiff, if you dare...

You may know Cardiff as a vibrant, full of life metropolis, but that doesn't mean there's nothing creeping looming in the city's shadows. Full of sinister legends and spine-chilling sightings, we've rounded up a few of the most haunted dwellings, including terrifying tours allowing you to explore for yourself.

So, feeling brave? Take a tour around some of our top haunted places in Cardiff and seek out some paranormal activity... just maybe pack an extra pair of pants. 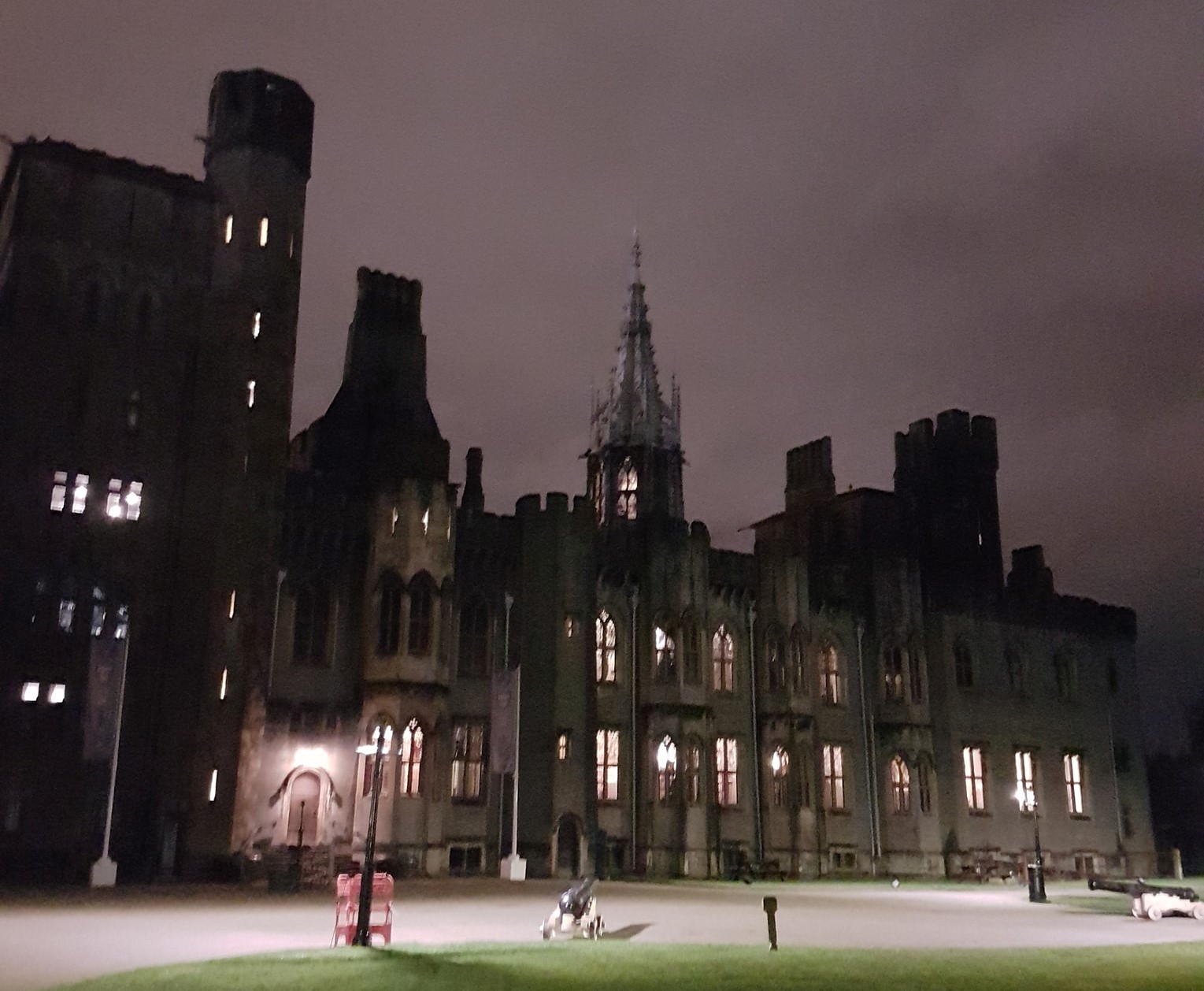 About: Cardiff Castle stands proudly in the heart of the Capital, home to hundreds of years of history and many notable families. Visited all year round by tourists from all over the world, but what happens when darkness falls on the city? Stories have abounded over the years of various ghostly phenomena. Strange sounds, Phantom figures and a legendary tale of a horse and carriage which is said to be a harbinger of death.

If you want a ghostly experience at the castle, we recommend joining Dark Wales Tours to explore this majestic castle at night. You will explore so-called haunted areas of the castle and also venture to the very top of the Castle, to the seldom seen summer smoking room at the top of the clock tower, a room in which the 3rd Marquess of Bute conducted strange experiments in an attempt to summon the dead. 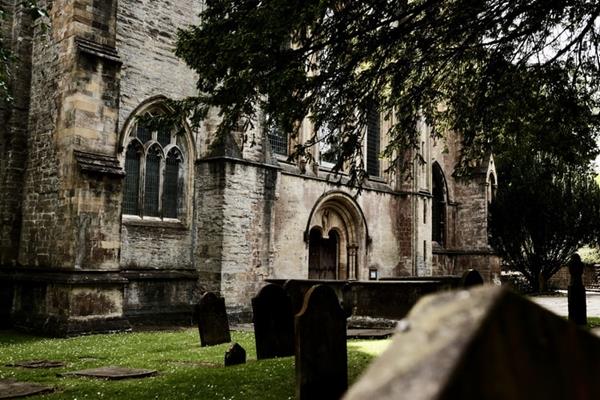 About: Dating back to the 11th Century, there's no surprise in Llandaff being on of Cardiff's most haunted spots.  Once upon a time behind the Cathedral there was a road named 'road of the dead', where bodies were carried along here to be buried in the graveyard. In the cemetery, visitors have reported seeing hooded or faceless figures, and even witch-like demons. Other sightings have included soldiers, monks and priests. The sounds of children have also been heard by visitors. As well as them playing or peeping from behind trees and gravestones.

Want to learn more? Partake on The Ghosts of Llandaff - a self-guided audio tour around the grounds. This tour follows a circular route taking you along a mysterious and atmospheric wooded lane, the scene of many ghostly experiences, before following the riverbank where more ghostly encounters and legends are told. The route turns back towards the Cathedral for more tales, and culminates in the old abandoned and overgrown woodland graveyard, with its intense atmosphere and ghostly tales. 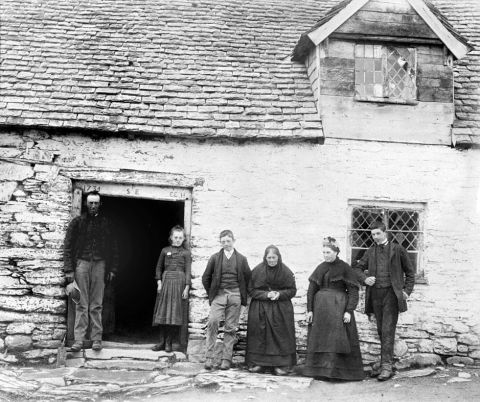 About: St Fagans Museum is said to be the most haunted museum in the country. A vast history of buildings brought from all over Wales as a means to preserve the culture and reputation of Wales and the home to an Elizabethan Mansion built on the foundations of a castle dating back nearly 900 years. It is said that many of the ghosts here came with the buildings, that they have a permanent attachment to them. Or are the spirits at St Fagans of the 100s who perished in the mighty civil war battle fought here in 1648?

If you want to explore these questions, join Dark Wales Tours and get exclusive night time access to some of the buildings at the museum where your guide will tell you stories of the history, its various buildings and the ghostly phenomena experienced over the years. 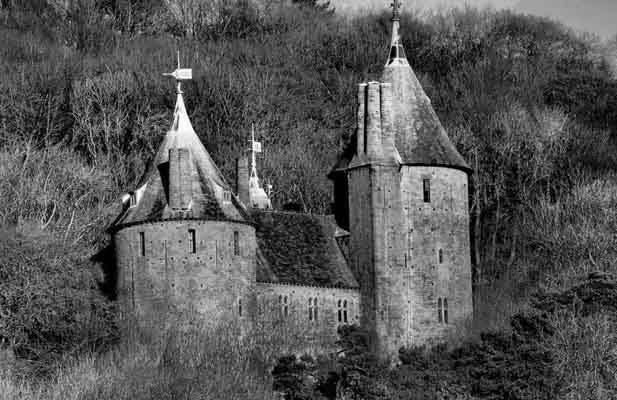 About: Castell Coch was built on the site of 13th Century ruins. Reports exist of the ghost of a white lady believed to be Dame Griffith who haunts the ruins. Legend has it she died of a broken heart after her son, who was exploring the castle, fell into a pond and drowned. She wanders the castle and the wood searching for the lost soul of her son. With its creepy corridors and dark dungeons, there are no surprises that there are regular spooky sightings inside Castell Coch too.

Want to investigate? Join Haunted Happenings for a night that will stay with you for a long time. You will work with the team in your attempts to find out who or what haunts this daunting Castle. There have not been many ghost hunting investigations in the past which makes it quite a raw place to spend the night. There are areas where you may feel quite comfortable carrying out a vigil, however, there are other areas which are definitely spine chilling and make your hair stand on end. You will have the opportunity to spend time alone in the dungeon or perhaps sit in the Lady's bedroom which feels calm and peaceful yet is said to be very active. 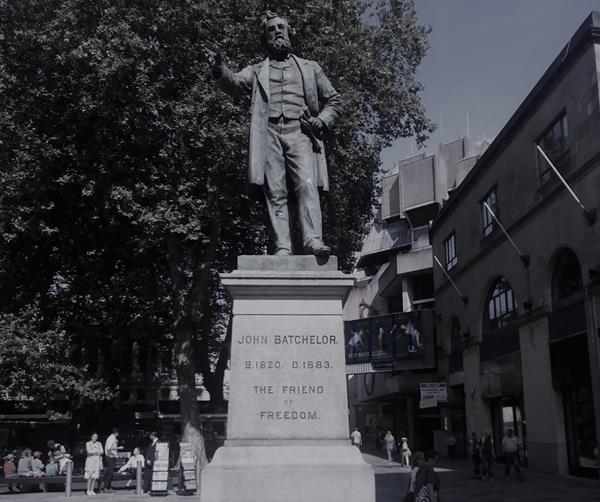 About: Just because it's the hotspot of Wales, that doesn't mean it's free from eery stories and spirits. After all, everywhere has a past, and you only really know a place when you have seen its darkness. From murderous mad butchers, tragic deaths and hidden aliens, you can't escape the city's amazing dark history. Stories include balloonists who went up and never came down, and spooky tales from the hidden tunnels under the City Centre itself.

We'd be here all day if we told these stories, so why not take on The Cardiff Ghost Walk and explore the haunted history around you! This fantastic walking tour takes in the hidden, the horrible and the haunted places of the city centre. In the dark between the street lamps, where the shadows lurk and wait to tell you their stories if you listen hard enough, are some of the city's hidden secrets waiting to be heard.

Are you looking to organise a hen or stag weekend in Cardiff? Luckily for you, Cardiff boasts a buzzing nightlife ...

Ever wondered which famous faces come from our city of Cardiff? From famous authors to actors, many well-known celebrities are ...

One thing Cardiff is not short of is history. The city is full of interesting historical places to visit and ...

Tours and Sightseeing in Cardiff

With an abundance of iconic landmarks including Cardiff Castle and Cardiff Bay on our doorstep, there's plenty of tours and ...